all Food Health About Beauty Well being Sustainable
Health

The top 5 superfoods recommended by our dietitian 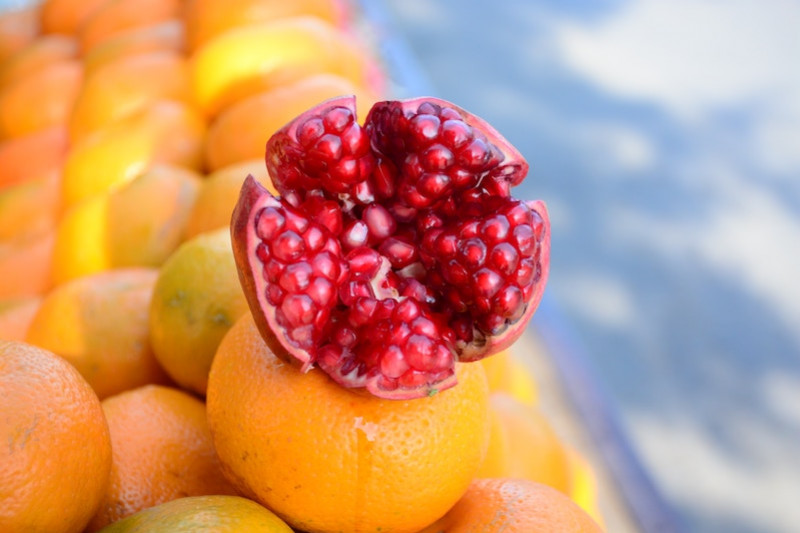 The top 5 superfoods recommended by our dietitian

Superfoods are increasingly popular and the number of online articles about them has multiplied. But what are they? A superfood is a food that is particularly rich in nutrients (vitamins, minerals, and other active ingredients), which makes it incredibly healthy. To me, here are the 5 best

It’s a tea that is 137 times stronger than green tea. It comes in a powder form which is obtained through fine grinding of whole green tea leaves. Its levels of polyphenols are 137 times higher than that of green tea. That makes matcha a powerful antioxidant. It is believed to have a positive impact on inflammation, stress, neurodegenerative diseases (such as Alzheimer or Parkinson), but also pollutant and toxic components. The summary of three studies has shown that people who consume tea reduce their risk for a stroke by 24%. Another study shows that drinking 3 cups of tea a day reduces the risk for breast cancer by an average of 37%.

Rich in iron, manganese, potassium, calcium, copper, zinc and antioxidants (curcuminoids), turmeric is a powerful anti-inflammatory. It strengthens the immune system, helps cell reproduction and protects damaged cells. It also purifies and protects some digestive organs (liver, stomach, gut). Turmeric is a spice that goes very well with curry, easy to use in your everyday dishes (meat, fish, salads, etc.).

Pomegranate spices up your meals and is a star in the superfood world. It acts as an antioxidant on the circulating lipids thanks to the polyphenols it contains. It is believed to play a role in the prevention of prostate cancer.

The queen of Vitamin C, it is efficient against cardiovascular diseases and viral infections. Acerola is native to South America. It is rich in Vitamin C as it contains between 1 and 2g for 100g. Furthermore, it contains polyphenols, which will prevent Vitamin C from oxidation and allow the making of the powder as well as its preservation. But there’s more! Because it contains both polyphenols and Vitamin C, these 2 elements act in synergy to protect the arteries wall, the capillaries wall and veins wall. Finally, polyphenols have been demonstrated to have an anti-diabetes effect.

Cacao is rich in flavanols which are polyphenols. Chocolate can be considered a good drug because it is an endorphin source, one of the happiness hormones. Additionally, it boosts the production of serotonin which is a neurotransmitter that helps us better handle our impulses and emotions. Indeed, regular chocolate consumption has been associated with positive cognitive and antidepressant effects.