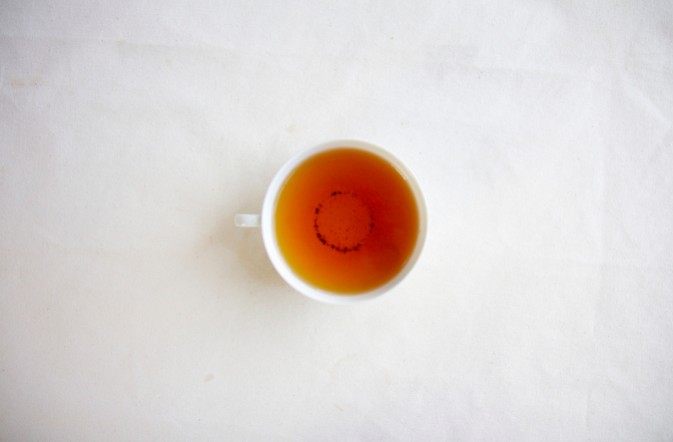 Tea has been a way of life for centuries—in fact, today it’s the second most popular beverage in the world, just after water.

Served hot or iced, tea continues to be a cultural phenomenon and everyday ritual: In Britain, people break for “high tea” or “afternoon tea,” while in southern parts of America, cold sweet tea is regularly brewed to accompany meals.

There’s a number of varieties of tea, both caffeinated and herbal (decaffeinated), that have different flavor profiles, brewing processes, and benefits. While black tea and green tea are common, there are also some mainstays like chamomile tea, which is regarded for its calming benefits and ability to soothe a sore throat. But there’s plenty more ways it can positively affect wellness.

A CLOSER LOOK AT CHAMOMILE

Chamomile tea comes from the leaves of the same-named plant, which is part of the Asteraceae family. The flowers of the plant actually resemble daisies and are often mistaken for them. To create the chamomile tea, the flowers and leaves are dried and packaged, either in loose leaf bulk packaging or in pre-packaged tea bags.

Chamomile is relatively widespread and grows throughout the world, though it’s particularly prevalent in Central America, the Mediterranean, and Asia.

There are two special versions of the plant that are most commonly used in making chamomile tea:

Of these, German chamomile flowers and leaves are the most readily available, with a delicate taste and high amounts of various antioxidants and flavonoids that provide numerous health benefits. In fact, chamomile has been relied on for thousands of years as a medicinal treatment: It was used in ancient Egypt as a cold remedy, and the ancient Romans regularly used it for a variety of different ailments.

THE NATURAL ADVANTAGE OF CHAMOMILE TEA

Chamomile is one of the most effective natural herbal remedies. While modern medicine can have a tremendous impact on health and well-being, there are good reasons to consider natural options like chamomile tea for various issues like a minor cold. Though, always be sure to check with your doctor before starting any new regimen. Here are just some of the advantages:

THE BENEFITS OF CHAMOMILE

Over the centuries, the chamomile plant and chamomile tea have been used in numerous ways. Topical applications were believed to combat hemorrhoids and other various forms of inflammation, while tea, in general, has continually been used in even more healing ways—and more and more anecdotal evidence has consistently supported the use of tea leaves in this way. But recently, science has delved into the health benefits as well, showing that there are some very real ways that chamomile tea can help benefit the body and mind, so drink up.

Chamomile is often thought of as the ‘nighttime’ tea. One of the main reasons is that it contains a variety of compounds that can help to calm the body and shut off an overactive mind, providing a more restful night’s sleep. Used to combat insomnia for hundreds of years, this continues to be one of the main medicinal uses of chamomile tea. The exact method of how it works isn’t fully understood yet, but research and anecdotal evidence strongly support it.

The chamomile plant has been used for centuries as a kind of topical salve for wounds, but recent science now backs up this application, too. A study found that injured rats that were given chamomile in their water actually healed faster than those given just plain water. The natural anti-inflammatory and antimicrobial influence of chamomile is thought to be the main reason.

That same antimicrobial influence can also help to prevent the development of colds and reduce their severity when they do occur. Regular use of chamomile can also protect against a variety of different bacterial-related illnesses, and help speed up recovery when sick.

Chamomile can also help calm and relieve muscle spasms, including menstrual cramps. A study discovered that this was related to increased levels of glycine in the body that comes with regular consumption of chamomile tea. Glycine is an amino acid linked to reduced muscle aches and cramps and also calms the nerves, which is why it often is seen as having calming sedative effects.

The natural anti-inflammatory compounds of chamomile can also help to relax stomach muscles in the same way it can relieve cramps. Those who suffer from frequent upset stomachs, poor digestion, diarrhea, or even irritable bowel syndrome could find relief from symptoms through the use of chamomile tea.

There is also some evidence that the low glycemic index of chamomile, along with various antioxidants and flavonoids, can help those with diabetes better manage their blood sugar levels and control ongoing glucose fluctuations within the body.

Research is still in the early stages, but early results show promise that chamomile tea could help slow or even reduce the rapid growth of cancerous cells, reverse abnormal growths, and help decrease the risk of cancer from even occurring. It’s all thanks to the potent combination of flavonoids and antioxidants. While more studies are needed, it’s a great preliminary sign that hints at the overall effectiveness of chamomile tea.

The antiseptic and anti-inflammatory properties of chamomile tea can also help provide an increased level of skin health. By reducing irritations caused by allergies, acne, and eczema, regularly drinking Chamomile can greatly help skin look its best and reduce the signs of aging.

It’s also worth noting that using chamomile tea leaves or bags as a topical application can help provide relief to common skin irritations and wounds and provide cosmetic benefit by reducing the appearance of puffy eyes.

Adding in more chamomile tea to your routine is incredibly simple. Simply steep a tea bag or two (if you want a stronger flavor) in boiling water and wait three to five minutes for it to fully seep into the mug. Loose leaf chamomile leaves can also be used in conjunction with a steeping ball or screen steeping tool that allows you to measure out the proper amount. Whichever method is used, it’s important to understand a few things concerning chamomile tea.

To take part in the survey you need to register

On the same topic 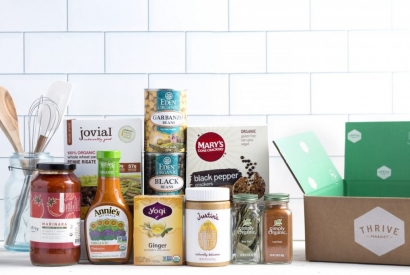 A Belgian Thrive Market is now online, it's called Kazidomi, and it kicks asses

No need to wait for Thrive Market in Europe, Belgium has now its own version and it is available all over the continent! 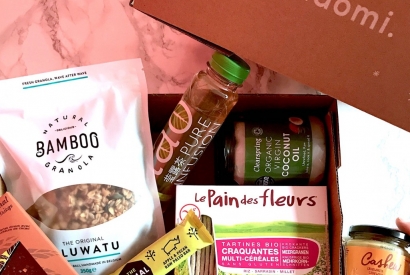 Eating healthy but cheap? Is that possible ?

Find on kazidomi products adapted to your diet!

Account
0
Cart
See your basket (0)
You are 0,00 € away to qualify for free shipping
Ajouter l'abonnement et économiser 0,00 € Ajouter